Remsdaq perimeter intrusion detection systems (PIDS) are designed for outdoor environments at the perimeter fence limits or around sensitive, high-risk and secure areas. The range includes an advanced Sabre II monitoring and alarm PCB, Sabre fibre optic sensor cables and  buried pressure sensors. The Sabre perimeter intrusion and protection range relies on fibre optic technology to monitor for vibration and compression caused by attempts to climb, crawl under or cut through a fence. Should an intrusion occur or an attempt at intrusion be detected, the Sabre system will detect this event and generate an alarm for pick-up via a remote monitoring station. This can be a third party system or a Remsdaq access control monitoring software package. 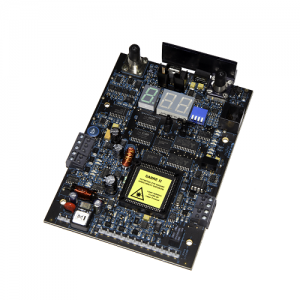 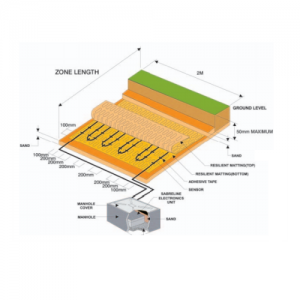 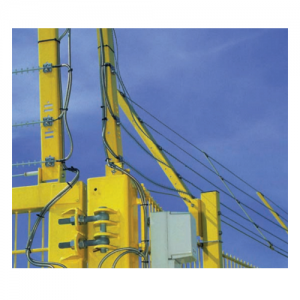 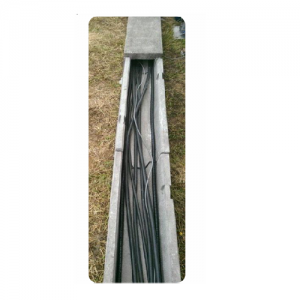 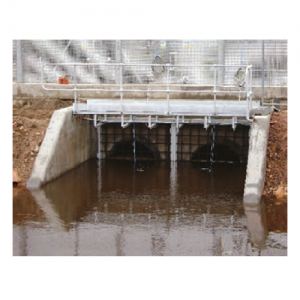 Perimeter intrusion detection systems (PIDS) are usually installed in an outdoor environment at the perimeter limits or around sensitive, high-risk areas. The sensors detect, deter, and delay intruders.  The installation of perimeter intrusion detection systems provides critical time for security teams to respond to any intrusion. Triggered alarms can be located to zoned areas and CCTV used to access the overall risk from the intrusion.

Remsdaq manufactures fibre optic perimeter intrusion detectors that are easy to install, sensitive to intrusion in difficult environments, immune to radio or electrical interference and safe in operation. The Sabre product range caters for fence and wall mounted applications, buried systems and flexible mesh which is suitable for the protection of sensitive storage areas.

The Remsdaq Sabre II series is a range of industry leading fibre optic-based perimeter intrusion detection systems for applications from fence protection to watercourse security. At the heart of each product is an advanced technology Sabre II processor connected to an application suitable fibre optic cable. The Sabre II processor can be supplied in an enclosure with a power supply and battery backup.

Sabre continuously monitors for vibration, flexing and compression by analysing laser light returned to a sensor. Pattern changes are analysed with alarms triggered against pre-set conditions for cut and climb events. Automatic environmental compensation algorithms ensure the highest probability of detection whilst ensuring a minimum of nuisance alarms from natural causes.

The Sabre communications interface is based on BACnet/IP technology and integrates with EntroWatch access control software. Sabre alarms can be displayed in real time in the EntroWatch software, alongside video images from an integrated security surveillance package.

Sabre utilises laser light transmitted along a fibre optic cable and analysis of the return pattern. Unlike infrared, copper or coaxial based detection systems, Sabre products are not susceptible to electrical or weather-related interference and are able to provide uninterrupted monitoring. The system is suitable for hazardous industrial locations where there may be a fire or explosion risk as well as harsh environments with extreme temperature ranges.

A fence mounted intrusion detection systems is highly cost-effective for fences up to 1km in length. Two or more Sabre II processors can be installed to monitor specific zones along the fence installation. The Sabre units can be supplied in an IP65 enclosure for external installation or an IP20 rack mount tray for use in a server rack.

A buried pressure sensor suitable for covert applications under grass, gravel. Sabre Line is undetectable (using metal detectors) and can be buried in a wide range of ground and humidity conditions. The system can be easily installed in zones with various lengths, widths and shapes.

Provides a reliable, covert and highly effective early warning of potential cable theft from troughs, hangers or overhead gantries. Installed as part of a new installation or as a retrofit.

Consists of a specially prepared mild-steel tape, which is pre-galvanised and polyester coated. The fibre optic cable is laid into the tape, which is then sealed. SabreTape is available with an aggressive (barbed) or non-aggressive finish and can be installed as a complete fence or as a collapsible, anti-climb outrigger on an existing installation.

A rigid steel grating with an interlaced fibre-optic sensor cable which is fully encased in solid resin. Designed for semi or fully-submerged water course security applications.

A PIDS installation users optical fibre cable attached to a fence to detect an intrusion. As part of a perimeter security system, additional video cameras may be installed. Camera technologies can include motion detection and continuous surveillance to help identify and locate an intrusion. PIDS technologies vary. The Remsdaq Sabre system uses fibre optic cable due to the low level of false alarms inherent in the technology and is ideal for protection critical infrastructure, buildings, compounds and secure areas of a site.

An intrusion detection system protects the perimeter to a building, compound or other secure area. Examples range from high-end residential homes, gated communities to industrial complexes, airports and prisons. The purpose of such a system is intruder detection and as such it should be used to detect when the associated fence is approached, climbed, cut or tampered with. Fence sensors in the case of the Remsdaq Sabre II system use fibre optic technologies with sophisticated electronics and algorithms to monitor disturbances to light patterns caused by an intruder attempting to cut, climb or tamper with the perimeter fence.

Intrusion detection is often installed along with camera technologies, specifically CCTV systems. A local camera can then be used to provide further information to an intrusion alarm including video that can be further analysed. For some sites a camera feed can also be provided by a drone sent into the area for local reconnaissance.

Please contact us to learn more about our intrusion detection and perimeter detection systems and how we use fiber technology to secure areas and protect people and assets within them.