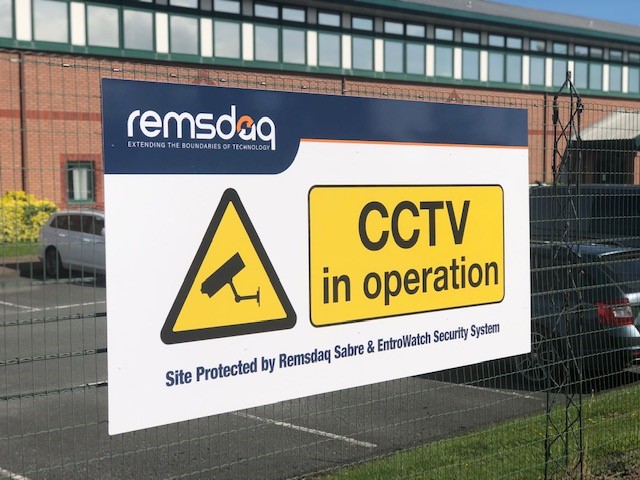 The Remsdaq integrated security division specialises in access control and perimeter intrusion detection. The products can be installed separately or as a combined protection system.

What is Perimeter Intrusion Detection?

A perimeter intrusion detection system (PIDS) monitors for malicious activity along the fence it is installed. The system consists of a fibre optic cable, which is secured to a fence, and is run in a ring-circuit from and to a sensor box. The sensor consists of a laser, sophisticated electronics and microprocessors that analyse the returning light pattern. From this analysis, alarms can be raised for a range of potential or actual threats including cutting of the fence, a climb or tamper. The event can typically be zoned to an area of the fence for closer inspection. In addition the analysing algorithm can be configured to remove nuisance alarms specific to the site and caused for example by animals or weather conditions.

Other applications for PIDS include monitoring trackside cable runs, hospital compounds and oil and gas pipelines for breaches.

The Benefits of Perimeter Intrusion Detection and Access Control Systems

The worldwide demand for perimeter intrusion detection is increasing, linked to the rising risk of terrorism and infiltration and the need for more stringent security than may have been needed in the past. Using a fibre optic based PIDS integrated with an access control system provides several advantages, especially where the access control system has CCTV system monitoring integration.

In such a configuration, the access control management software can be used to provide a central platform through which to monitor both the building and outer boundary protection. If there is an event on the fence, such as a cut, climb or tamper, an alarm can be automated flagged within the access control system and CCTV camera feeds viewed of the incident area. The access control system may also provide the ability to ‘tag’ an event to CCTV video stored on a DVR/NVR allowing pre and post event information to be viewed.

Being able to monitor a perimeter for intrusion and potential breaches helps to secure a site and provide advanced warning. The installation of a high-quality CCTV system provides an additional layer of protection. Both the fire-optic cable run, and CCTV cameras can act as deterrents. Additional signs may also be installed to advertise that the systems are present and active and to further warn ‘would be’ intruders. When there is an alarm event, CCTV cameras can be used to view the zone area and security personnel despatch to inspect.

The combined system can also be used to build a history over time of these parts of the site more susceptible to intrusions. This provides the opportunity to strengthen the security at these areas either by adding further CCTV camera footage, improve the fences, installing ground-level or buried sensors and/or increasing guard patrols.

For some installations, a perimeter intrusion detection installation can also be used to monitor for escapes and to keep prisoners within the boundaries. Other potential areas for perimeter intrusion detection include hospital storage areas, transportation cable installations and oil pipelines. For hospitals, the gasses that may be used as part of an aesthetic are generally stored outside a building in fenced compounds. The fence itself can be protected by a PIDS to prevent and the gate secured by the access control system. In transportation and pipelines, a PIDS installation can protect from cable theft and possible breach of the pipeline, even running up to several hundred kilometres.

The Future for Fence Intrusion Protection

Perimeter intrusion detection systems have traditionally been used in government, military and high security sites. In some parts of the world, increasing concern regarding security means that other sectors are now also adopting PIDS technologies including some residential and commercial areas. For these, the size of the installation is smaller in terms fence length but the PIDS still provide advanced notification of incidents and the opportunity to respond to alarm events.

In a more connected world it is not surprising to find software management for access control and perimeter intrusion detection moving from the security team into the realm of the IT department. This opens-up possibilities to integrate monitoring information and alarms into middleware platforms, building management and physical security information systems, in order to provide a more holistic view of a building and its perimeter security. Alarm events can even be linked to news and twitter feeds looking for site or incident specific threats and keywords.

The installation of a fibre optic perimeter intrusion detection system, alongside CCTV cameras allows a smaller security team to monitor a site and its boundaries. In the future, the use of drones may also provide a faster and safer way to investigate incidents or even to warn potential intruders away from a site.