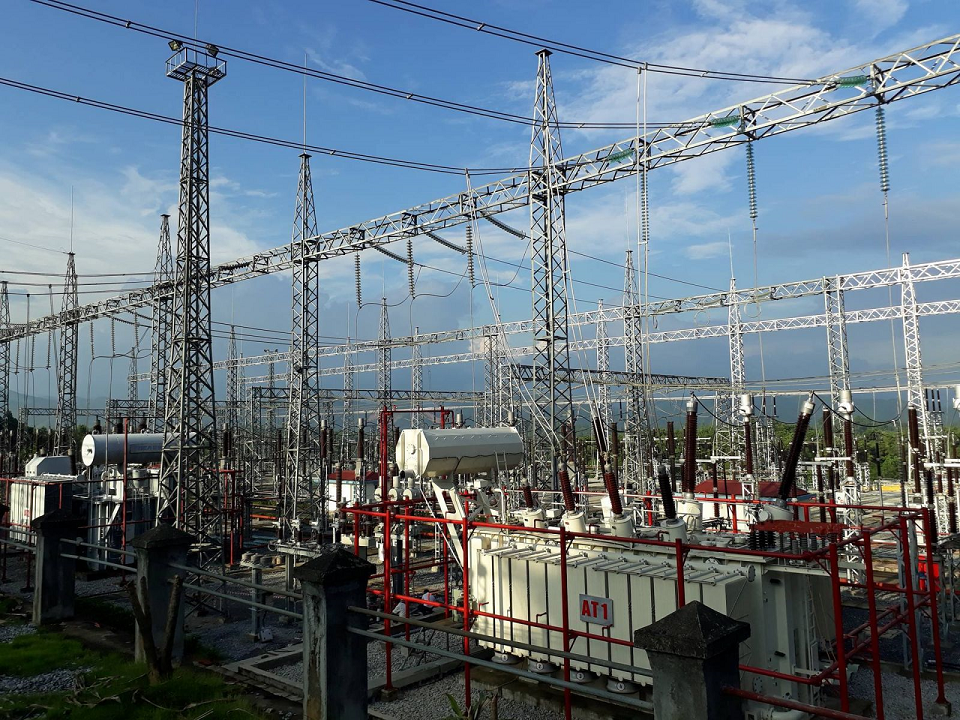 Callistonx is a third generation of the Callisto products that were first developed by Remsdaq in 1989 to meet the emerging electric utility demands for increasing intelligent networked  applications for advanced substation and distribution automation systems.

Callistonx has captured the successful features of its parent Callisto products and encompasses a number of state of the art requirements including:

Callistonx offers a unique plug and play capability for hardware I/0 facilities and Logical Device/Logical Node to be configured to meet the varying demands for differing types of substation bay control units to be incorporated into an IEC 61850 compliant substation control and/or automation system.

Some examples of diverse substation control and automation systems undertaken with Callistonx and its associated IEC 61850 Celestenx local user interface are provided below.

Three IEC 61850 compliant substation projects have  been undertaken for EVN via Remsdaq’s Vietnamese business partner. These are for Tuy Hoa, Tam Ky and Hai Duong 220/110/22kV substations. Each has similar configurations for the 220 kV and 110 kV station voltages. Tam Ky and Hai Duong have more extensive 22 kV distribution level facilities and thus have a higher number of Callistonx processing nodes in their system deployments.

All of the bay control units, as well as the despatch center gateway units utilise identical hardware and software modules, with the actual system functionality and I/0 capacities configured from a library of standard hardware and software modules. The Callistonx units are configured using Remsdaq’s SCL compliant CaSEnx Editor (Callisto Software Editor).

The CaSEnx software editor incorporates a number of configuration wizards that are designed to simplify overall station configuration tasks. Additionally the CaSEnx editor provides the necessary point mapping facilities to link IEC 61850 station data into the selected legacy protocols such as IEC 60870‐5‐101, and DNP 3.0, etc.

Each of the Callistonx bay control units is equipped with a 3½ inch Touchnx touch sensitive colour LCD plasma display which provides a full graphical user interface for display of bay level data and authorised operation of bay level plant commands.

Pestech for BMC DES Pestech SDN BHD as a Remsdaq technical teaming partner has implemented an IEC 61850 Callistonx substation control system for a Brunei Methanol Company SDN BHD (BMC) power station and its connection to the associated Brunei Department of Electrical Services (DES) substation. There are three separate locations involved in the overall scheme and these are covered by an integrated IEC 61850 Callistonx and Celestenx installation generally as shown in the display below.

The main BMC/DES substation monitoring and control system comprises an array of 8 Callistonx bay control units assembled on a fault tolerant IEC 61850 station bus that operates in virtual dual LAN mode so as to ensure that no single point of LAN failure is able to isolate any of the bay controllers from the station level functions. The substation is provided with its own IEC 61850 Celestenx local user interface.

Substation hardened Ethernet switches are used at the station level and the inbuilt managed switch facilities of Callistonx enable all bay control units assemble onto the fault tolerant Station Bus via a bay unit 100 Base TX Callistonx Ethernet expansion module.

The BMC/DES substation location is interconnected to a Callistonx RTU at the substation location and also to the DES Limut Power Station via single mode fiber optic links. The BMC power station RTU is a dual node IEC 61850 Callistonx assembly and the system at Limut Power Station provides for overall supervision and control of the entire system from a dual redundant IEC 61850 Celestenx local user interface and an associated network of Callistonx units on a fault tolerant LAN effectively providing independent telecontrol and monitoring facilities for the overall BMC/DES  system.

Pestech SDN BHD as a Remsdaq technical teaming partner has implemented two IEC 61850 Callistonx substation control system for Sabah Electricity Supply Board of Malaysia. The projects have been implemented in the Tawau and Sandakan substations as part of a substation expansion under which Pestech has added 115 kV/33 kV transformer bays and associated substation distribution plant.

Both Tawau and Sandakan substations are equipped with ABB MicroSCADA systems that have been in operation some 10 years and SESB was desirable of including a state of the art system for the substation expansion and of integrating the existing substation control system into the newly installed system.

A block diagram of the system is included below and shows the existing and new Callistonx system, together with its integration of the existing MicroSCADA installation.

The station level system was assembled as a dual redundant Celestenx LUI with separate engineering and configuration facilities linked via a substation hardened Ethernet switch. A Callistonx gateway processing unit is configured on the Station Bus as a global client to the bay control units and also incorporates an IEC 60870‐5‐101 client as a control and supervision interface for all existing MicroSCADA data. This data is mapped to the Celestenx LUI so that it is able to handle all station level supervision and controls for the existing and newly installed plant.

The Callistonx gateway then provides a comprehensive IEC 60870‐5‐101 interface to the Siemens master station for the existing and
additional   substation plant supervision and control.