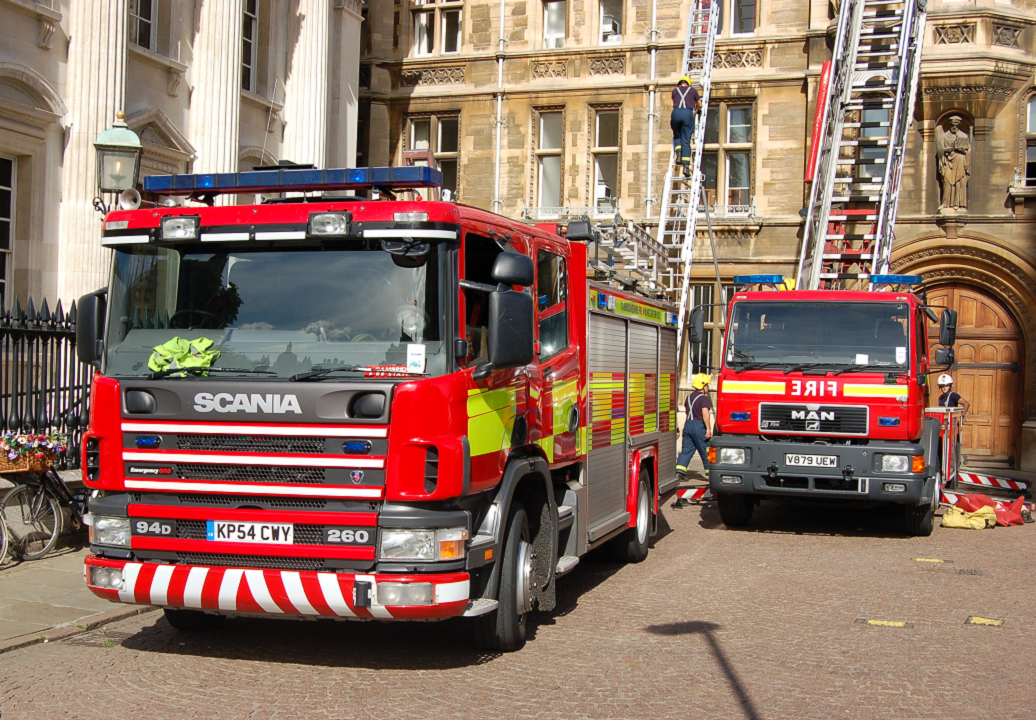 The new Combined Fire Control facility serving the two Fire and Rescue Services of Cambridgeshire and Suffolk, the first of its kind in the UK, became fully operational in October 2011.

In common with all UK Fire and Rescue Services, Cambridgeshire and Suffolk have sought ways to improve their operational and economic efficiency and effectiveness.

Amalgamation of the Fire Control Centres in each service into one combined resource shared between the two authorities offered such an improvement opportunity.The Resquenx Mobilising System already installed in the Cambridgeshire Fire Control Centre was able to provide the proven reliability, resilience and system capacity required to facilitate this expansion.

Remsdaq Ltd further assisted the process by providing data migration services to align Integrated Risk Management Plans (IRMP), Gazetteer and Operational Intelligence data. The Resquenx system in the Huntingdon Fire Control Centre is now dealing with the receipt of emergency calls and the mobilisation of fire appliances and resources across the two counties.

Capacity and flexibility in the Resque NX system is such that additional Fire and Rescue Services could be mobilised from within the Huntingdon Centre if so desired.

Neil Newberry, Assistant Chief Fire Officer for Cambridgeshire Fire and Rescue Service said: “We don’t expect that anyone dialing 999 will notice a difference to the way that their emergency calls are being taken. The Combined Fire Control gives us the opportunity to work together in the future and further improve the service we offer to those in both counties.” He also said that Resquenx “offers a more resilient, cost effective, tried and tested mobilising system to the communities of Cambridgeshire and Suffolk, which has the capacity to be further enhanced in the future”.

Paul Witt, Project Manager for Cambridgeshire Fire and Rescue Service said: “to ensure this project was successful Remsdaq were involved from the beginning and have provided us with a high level of support throughout the project’s duration”.